The most valuable aspect of this luxury hotel is its superb location, right in the very center of this city.

"A historical Palace at the heart of the City Centre. The InterContinental Porto - PalÃ¡cio das Cardosas opened in July 2011 following the restoration of a palace dated from the end of the 18th century which was, at first, intended to become a monastery. The PalÃ¡cio das Cardosas is located in Oporto's main city square, within walking distance from all the major cultural highlights - such as the BolhÃ£o Market, the Ribeira and the ClÃ©rigos Church. The PalÃ¡cio das Cardosas comprises 105 spacious rooms and suites, each exuding great warmth with a Portuguese flavour and lofty ceilings. It has also a restaurant and a bar, a Gym, a Wellness Center, two meeting rooms and the ancient CafÃ© Astoria. The InterContinental Porto-PalÃ¡cio das Cardosas is conveniently located only 20 minutes (10 km) away from the Airport." 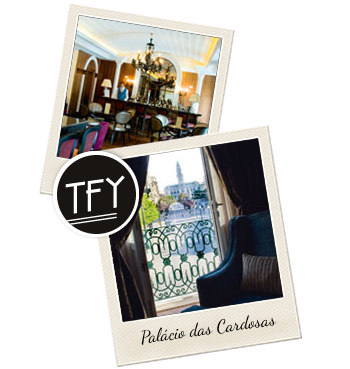 This is a very central luxury hotel with all the updated details of a new property. It was updated but didn't lose the aura of a classical historical building. The most valuable aspect of this hotel is undoubtedly its superb location, right in the very center of this city. Together with the service of an InterContinental hotel it is a great option for your stay in Porto. 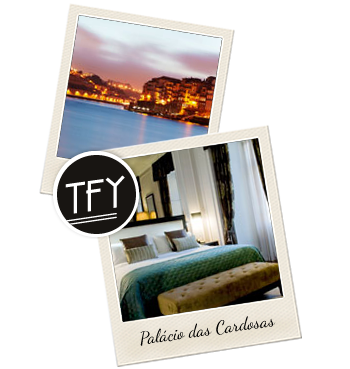